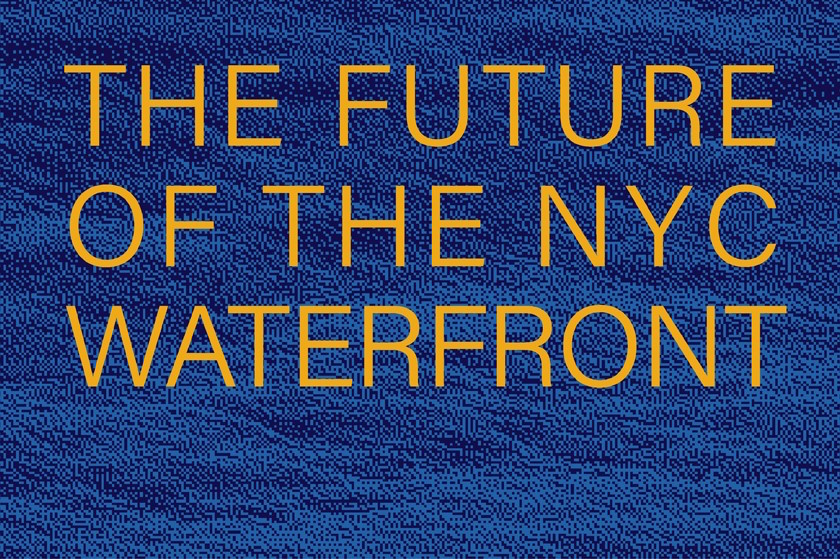 Over the last year and a half, the AIANY’s Waterfront Initiative has worked with the NYC Department of City Planning to host a series of nine events, including a briefing, a boat tour, and seven dynamic public dialogues about the future of New York City’s waterfront. These events provided a forum for the design community to contribute their perspectives and expertise to New York City’s Next Comprehensive Waterfront Plan and opened hours of conversation about what waterfront design should, and in some cases must, consider. As we approach the release of the Plan, this final event in our series will reflect on what we’ve learned and project what comes next for the city’s 520 miles of waterfront.

We will be joined by one panelist from each of our seven public dialogues (Jamaica Bay, New York Harbor, Lower East River, Upper East River, Harlem River, Hudson River, and An Equitable Waterfront) for “round-robin discussions” reflecting each event’s discussion and takeaways. City Planning will also provide an update of how these points are being integrated into the plan. The event will culminate in a group discussion about how designers and architects can take this information and move towards the future.

The Future of the NYC Waterfront – Program Series
In 2020, AIANY’s Waterfront Initiative and NYC Department of City Planning hosted seven programs in a series of forums on the future of the NYC waterfront to conduct outreach to inform the NYC Comprehensive Waterfront Plan: Vision 2030 developed by the Waterfront Management Advisory Board. A partnership between the AIANY Planning and Urban Design Committee, the AIANY Committee on the Environment, the AIANY Design for Risk and Reconstruction Committee, and AIANY Transportation and Infrastructure Committee, this Waterfront Taskforce Initiative is critical to providing a platform for architects and design experts in New York City to express their points of view and experiences working on the city’s waterfront.

2/22/21, 4pm - 6pm
Location
Webinar
Submit Your Event
Send us your architecture and design events for our "Elsewhere" calendar listings