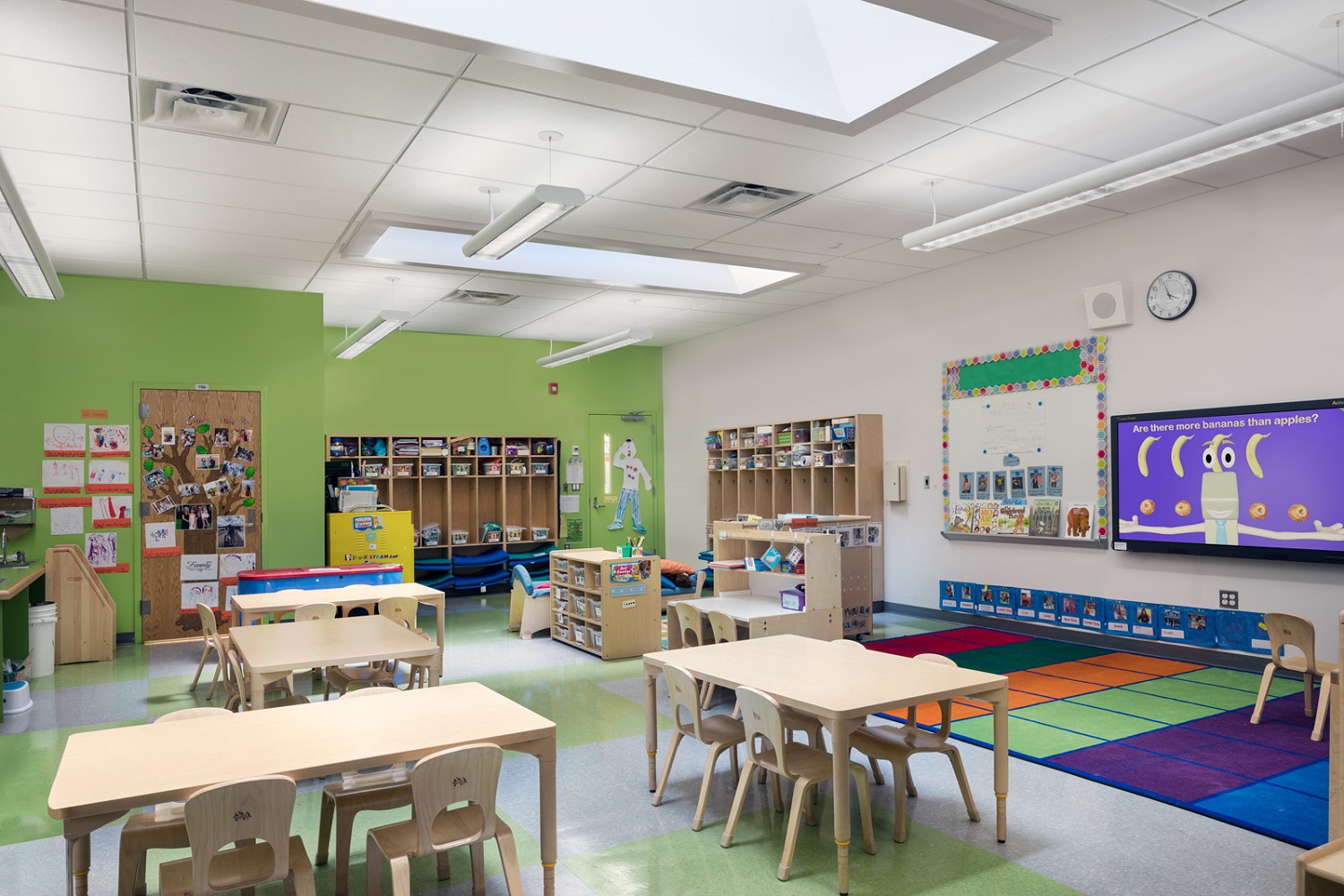 Join the AIANY Architecture for Education Committee for a lively roundtable discussing the design, programming, construction, and management of New York City’s Universal 3-K and Pre-K programs, spaces that needed to be developed, constructed, and opened in near record time. Hear from four firms involved in the design and construction of the spaces as well as the New York City School Construction Authority for an insider’s take on this monumental effort to improve education access for all young New Yorkers.

About the Speakers:
Dominick DeAngelis is currently the Vice President of Architecture & Engineering (A&E) and Chief Architect for the New York City School Construction Authority (SCA) and is a member of the Executive Committee that manages the agency. SCA A&E consists of a staff of almost 300 professionals distributed into two multidisciplinary studios and is responsible for designing and documenting over $20 billion dollars of construction work over the Five-Year Capital Plan (2020-2024), $11 billion of which includes 87 new schools across the five boroughs. Prior to joining the SCA, DeAngelis worked in the private sector for Zeckendorf Development, where he oversaw the design, trade buyouts, construction, and turnover of four skyscrapers including 520 Park Avenue and 15 Central Park West. Born and raised in New York City, DeAngelis has contributed to the national conversation on school design at speaking engagements, is a founding Board Member for a new charter school in Westchester, has given speeches on professional practice, and has been asked to participate in academic think tanks, advisory boards, and awards juries. DeAngelis received his Bachelor in Architecture from the New York Institute of Technology and his Master in Architecture form the University of Texas, where he graduated first in his class and was a recipient of the Henry Adams Medal. He also attended the Ecole Des Beaux Arts in Paris. DeAngelis has taught several first-year design studios and classes in drawing and professional practice.

Albert Aronov is a registered architect in New York specializing in building restoration as well as new construction. Aronov joined RKTB after completing his Bachelors of Architecture degree at the City College of New York School of Architecture and Environmental Studies. He was promoted to Associate in 2003, Senior Associate in 2007, and Associate Principal in 2014, and was named a partner in 2015. Aronov has managed a range of projects at RKTB including academic, residential, commercial, and historic preservation. He has led the education studio since 2004, supervising a large volume of projects for the New York City School Construction Authority. His high level of technical knowledge in exterior envelope work makes him an expert in the field. Aronov is a member of the AIANY Architecture for Education Committee.

Niel Bienvenu has devoted majority of his 31-year career in architecture to a variety of educational projects, working both in the office and on the field. He has extensive experience directing complex projects to convert the non-educational building types into school facilities. Bienvenu has worked on both Capacity and CIP projects for the New York City School Construction Authority (NYCSCA) in all phases, including site selection, surveying conditions, design, contract documents, bidding, and construction. In addition, he has successfully coordinated the integration of MEP systems required for schools with a wide variety of archaic structural systems including masonry load bearing, steel and concrete structures with low floor to slab heights.

With 27 years of solid background in architecture design both in the U.S. and Japan, Kayoko Karatsu is currently the NYC Architecture Organization Manager for Gannett Fleming. In this capacity, she has managed teams and projects for numerous public-sector entities. Most notable are her 15 years interfacing with the New York City School Construction Authority (NYCSCA). Karatsu works with all levels of SCA personnel on K-12 projects including interior renovations, room conversions, exterior modernizations, upgrades of public assembly spaces, and new school construction. Additionally, Karatsu applies broad architectural project experience to higher education as well as residential, retail, and office structures.

Marc Spector is (re)innovating innovation, applying this core cultural principal to the business of architecture to create value for design excellence and the profession. Moving the practice of architecture beyond traditional boundaries and market competition, Spector’s influential business model is built on the creation of impactful life spaces regardless of project constraints and typology, the cultivation of client and team relationships into friendships, the growth of new markets and services, and the continual advancement of design innovation hand-in-hand with profitable business practices. Spector leads a diverse team of professionals from across the country and world, advancing creative and technical strategies in the various practices the firm has built over its 55-year journey. Sustainability, carbon neutrality, passive, and net zero principles  are now indigenous in the firm’s cultural DNA. Spector is a member of the American Institute of Architects College of Fellows, the highest honor to be bestowed upon an architect within the profession.