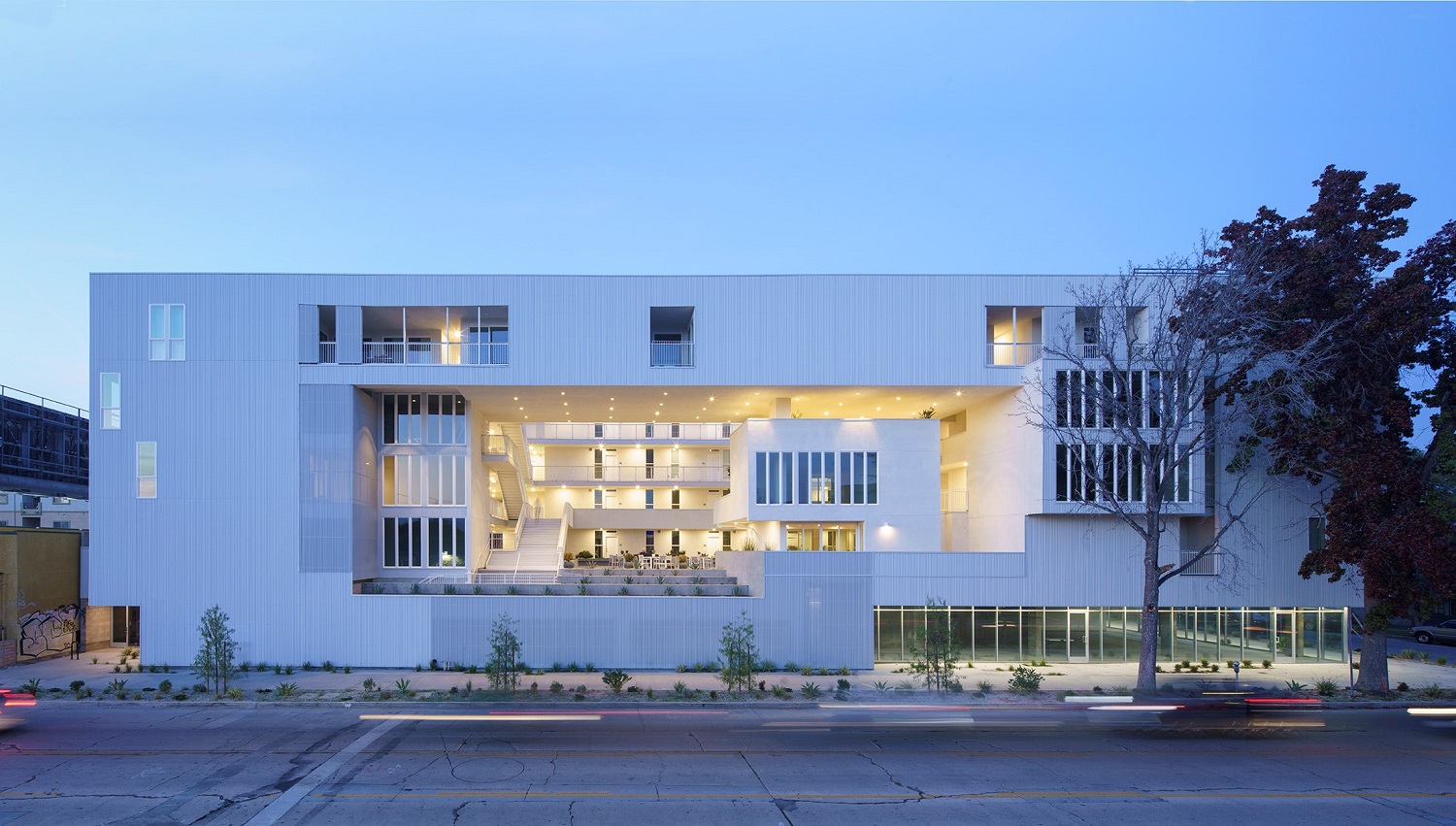 Cocktails & Conversation is a series of dialogues about design that joins an architect with a critic, journalist, curator, or architectural historian to discuss current architecture design issues. For this program, Lawrence Scarpa, FAIA, and Angela Brooks, FAIA, will discuss their career with Joseph Giovannini over a custom-crafted cocktail.

Angela Brooks has been practicing architecture since 1991. She is responsible for firm development in the area of housing and policy, leading the firm’s sustainable initiatives and overall management. She was a peer reviewer for Global Green USA’s book Blueprint for Greening Affordable Housing and was featured in the book Women in Green: Voices of Sustainable Design for her policy work with Livable Places and on Fuller Lofts, a sustainable mixed-use project designed to be a catalyst for neighborhood revitalization. Brooks received the AIA Young Architects Award in 2009. Her firm has received more than twenty AIA Awards, five Top Ten Green (COTE) Awards, the State of California and AIA Architecture Firm of the Year Award, and the Cooper Hewitt, Smithsonian National Design Award in Architecture in 2014.

Brooks was a co-founder and past President of Livable Places, Inc., a non-profit development company dedicated to building sustainable, mixed-use housing in Los Angeles on under-utilized and problematic parcels of land as a reaction against Southern California’s suburban sprawl. She has served as an advisor to the National Endowment of the Arts, Mayors Institute on City Design, and Solar Santa Monica, and currently is past-chair of the AIA Committee on the Environment (COTE) Advisory Group, whose mission it is to lead the profession’s involvement in environmental and design initiatives towards a more sustainable planet for all.

Brooks is a powerful advocate for the rich, multivalent impact of good design. She sees architecture as an instrument for the triple bottom line and as a delivery vehicle for space that encourages occupants to flourish. Brooks has pursued advancing ideas that promote larger societal well-being through policy organizations; her work in this area has garnered her mainstream recognition in print and media, such as in Newsweek Magazine and her USA Network 2010 Character Approved Award.

Lawrence Scarpa has garnered international acclaim for the creative use of conventional materials in unique and unexpected ways. He is also considered a pioneer and leader in the field of sustainable design. Scarpa has received more than 200 major design awards, including 29 AIA Awards; Architect Magazine’s Progressive Architecture awards, R+D awards, and Top 50 Architecture Firms (ranked 2nd, 4th, and 9th); the HIVE 50 Innovator Award; an AIA Collaborative Achievement Award; the AIA Los Angeles Chapter Gold Medal; the AIA California Council Lifetime Achievement Award; Cooper Hewitt, Smithsonian National Design Award; Record Houses; Record Interiors; the Rudy Bruner Prize; six AIA COTE Top Ten Green Building Awards; and was a finalist for the World Habitat Award, one of 10 firms selected worldwide. His work has been exhibited internationally including at the National Building Museum, MOCA, A+D Museum, and the Smithsonian Museum. He has been featured in Newsweek and he has appeared on The Oprah Winfrey Show with Leonardo Di Caprio. In addition, Interior Design Magazine honored him with their Lifetime Achievement Award. His firm, Brooks + Scarpa, was awarded the National and State of California Architecture Firm Award from the American Institute of Architects. In 2022 he received the AIA Gold Medal, the institute’s most prestigious honor.

Joseph Giovannini heads Giovannini Associates, a design firm based in New York and Los Angeles. He has taught advanced and graduate studios at Columbia University GSAPP, UCLA’s Graduate School of Architecture and Urban Planning, the University of Southern Californias School of Architecture, and at the University of Innsbruck. His projects have ranged from the adaptive reuse of a large trucking facility into lofts to house additions and apartment interiors.

Besides heading his design practice, Giovannini has written on architecture and design for three decades for such publications as The New York Times, Architectural Record, Art in America, Art Forum and Architecture Magazine. He has also served as the architecture critic for New York Magazine and the Los Angeles Herald Examiner. Published design projects have appeared in Architectural Digest, the Los Angeles Times Magazine, The New York Times, A + U, Domus, House and Garden, GA Houses, Architekur und Wohnen, Sites, and Interior Design Magazine.

This event is offered in person and virtually; proof of complete vaccination (for those 5 and over) with photo ID and masking are required in order to attend in person. Food and beverages will be served. Masks are recommended when not actively consuming food and beverages. Read our full Health and Safety Protocol here.