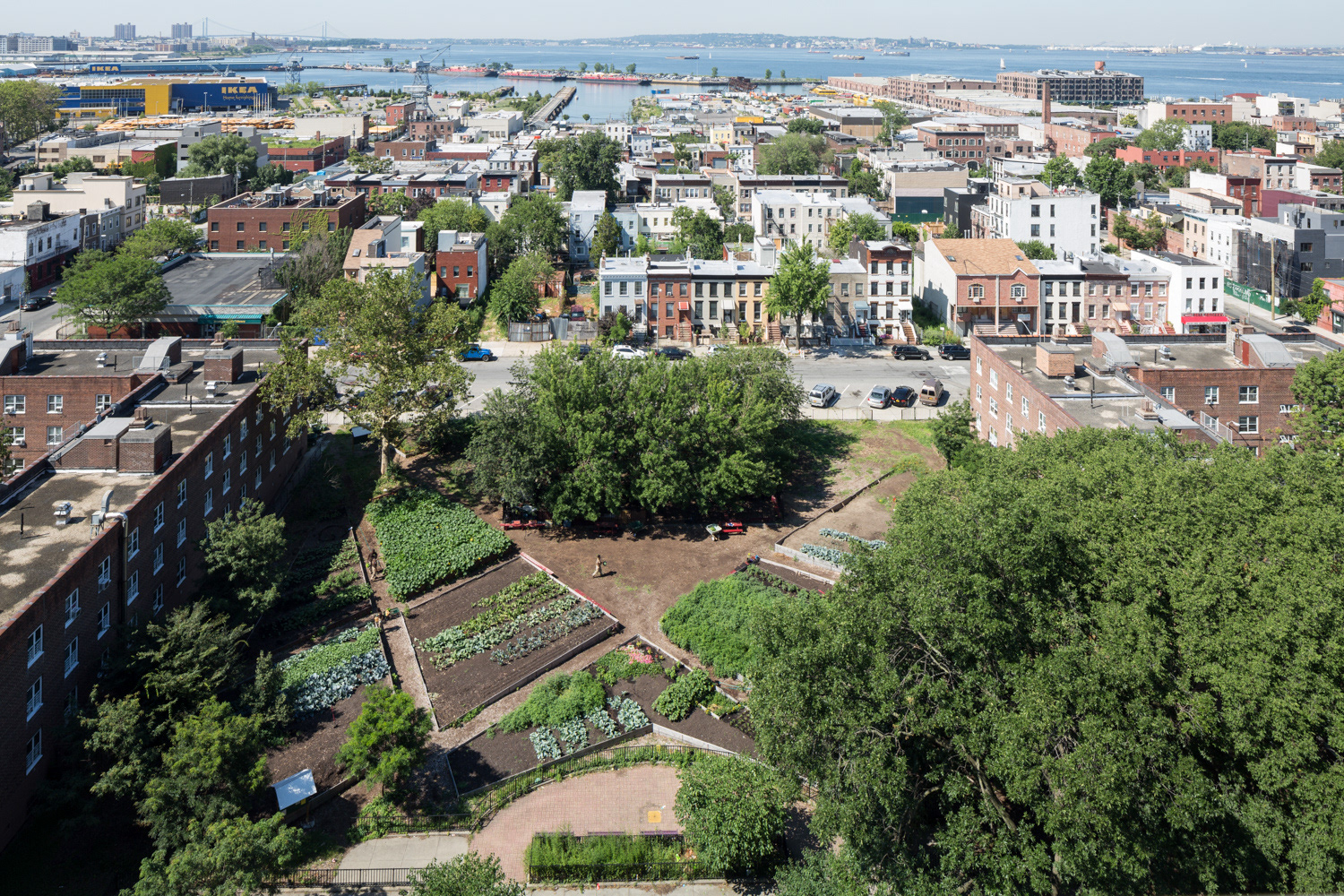 The second in a three-part lecture series on urban agriculture, this program will focus on the on-the-ground logistics of urban farming, including issues of land use, design, format, scale, community relationships, water management, composting and waste.

In our first panel we asked, “Why now?” In our second, we explore the “how?” of designing and establishing a farm in a city, especially in New York:

Raymond Figueroa, Jr. is the Co-Founder and Director of the Brook Park Youth Farm Alternatives-to-Incarceration (ATI) program for formerly incarcerated youth in the South Bronx. He is also President of the New York City Community Garden Coalition, where he engages in community organizing and advocacy for regulatory reforms that help secure land tenure protections for community gardens, which are often geographically concentrated in the city’s historically marginalized BIPOC neighborhoods. Figueroa is a Visiting Instructor on Sustainable Environmental Systems at Pratt Institute’s Graduate Center for Planning and the Environment. He is a Taconic Faculty Fellow with the Pratt Center for Community Development, where he is engaged in the greening of municipal land use decision-making processes to allow for regenerative and resilient community development via a hyper-local green infrastructure-based food system. He has served as a consultant and contributor to numerous publications, government, research institutions, and foundations.

Christine Hutchinson is a veteran teacher in Newburgh, NY. In 2004, she started Girls to Ladies, a character development, life-skills, community service program for teen girls. Since 2006, she’s been involved in food justice and sovereignty work. Currently, she is invested in the leadership and development of the Northeast Farmers of Color Land Trust, and Downing Park Urban Farm, Global Village, along with other gardening and stewardship projects; food security, equity, and distribution efforts; and engaging with leaders in the urban agricultural movements.

Fred Wolf’s work focuses on positive community-centered environmental interactions. Before forming Nature Based, Wolf spent three years designing, building, and maintaining green roofs and other environmental systems in New York City. He is the Vice Chair of the Sanitation and Environment Committee for Brooklyn’s Community Board 7, where he also sits on the Land Use Committee, Waterfront Economic Development Committee, and the Parks and Recreation Committee. He has volunteered with his local council office, where he has served as the Parks and Environment Committee Facilitator for Participatory Budgeting in his district. Wolf holds a Master of Science in City and Regional Planning from Pratt Institute and a Bachelor of Arts in Environmental Studies from Pace University. At Pratt, he focused on green infrastructure design, schoolyard design, community engagement, and GIS, and wrote his graduate thesis on ecological schoolyard transformation. Given the chance, Wolf would redesign and convert all of the schoolyards in New York City into ecological schoolyards, which  pique an urban kid’s instinctive desire to explore the environment around them and provide a lush green space for the community and a real chance at sustainable food security.

Gita Nandan is an architect, designer, educator, and leader in community resilience planning and design. She is co-founder of thread collective and teaches at Pratt Institute and SVA. Nandan believes in regenerative design as an elastic and supple approach, integrating social, cultural, and economic issues with high design principles to create innovative net-positive urban environ­ments. Her work is at the nexus of where design meets the ecology of place and the future-proofing of communities, driven by finding creative solutions to complex problems; weaving social justice with the built-environment. She received her M. Arch. from UC Berkeley and is a licensed architect in New York and New Jersey.

This event is offered in person and virtually; proof of vaccination (for those 12 and over) and masking are required in order to attend in person. Beverages will be served. Masks are recommended when not actively drinking. Read our full Health and Safety Protocol here.

If you register for an online ticket, you will receive an email with a Zoom link to access the program.