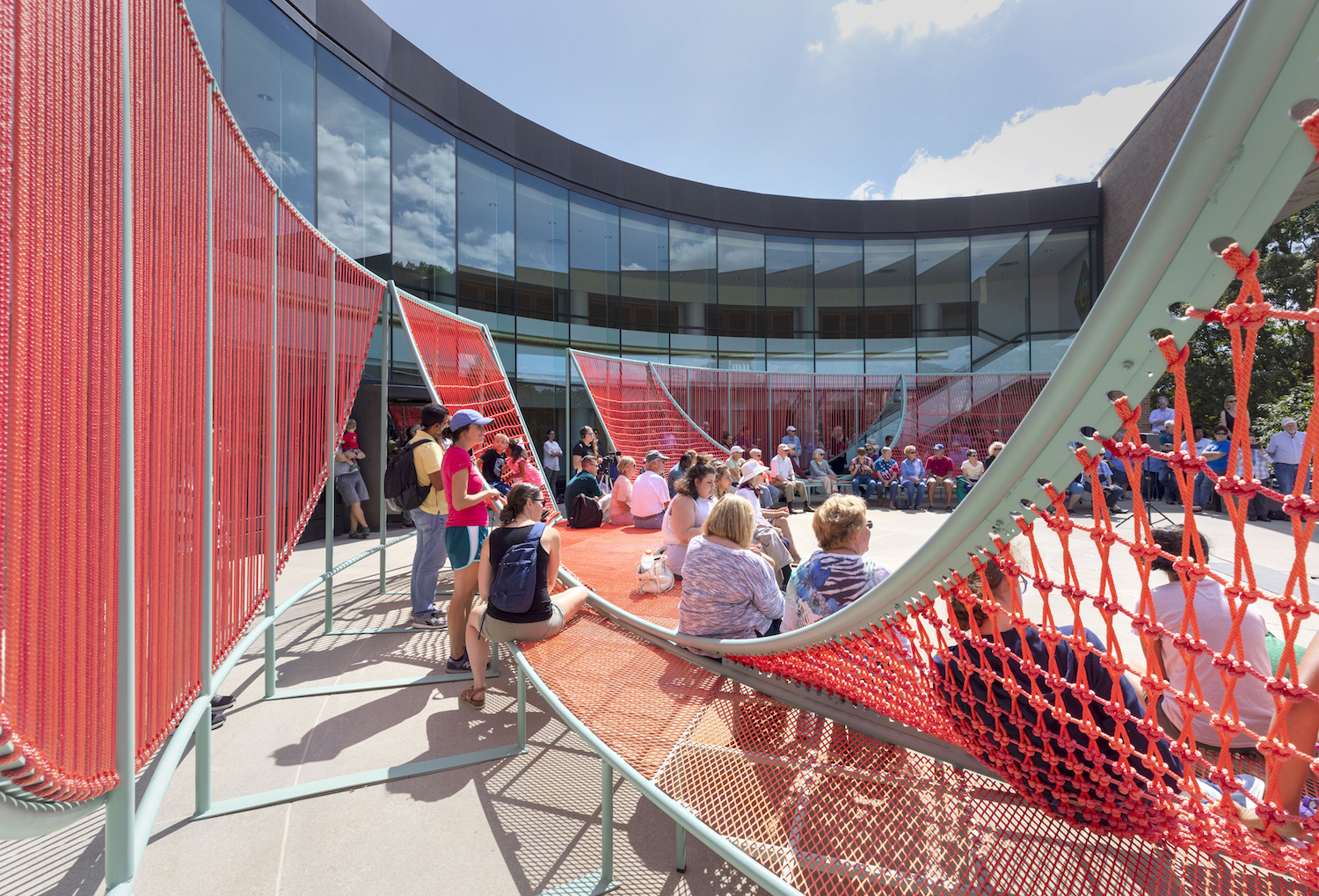 *In light of ongoing demonstrations for racial equity, this event has been rescheduled for June 23 in solidarity with protestors and as a courtesy to anyone who will be taking part in demonstrations. Please register for the new date here.*

What constitutes community engagement and why should architects, designers, planners, and developers strive to make it part of projects on all scales? This panel discussion brings together four different perspectives to delve into what successful community engagement processes can look like and how to make them a part of standard practice. The program will focus on building coalitions and adhering to principles of transparency and inclusion while acknowledging that each project is different, has different stakeholders, and different measures of success.

Community-based design is a term that far too often elicits groans from owners, architects, and community members alike. It is often seen as an antagonistic forum through which owners offer up additional services that hurt the bottom line, architects lose control over their creative freedom, and community members are offered empty promises of an improved project. What if these assumptions were all wrong and community-based design, when implemented well, could be a driver for increased profits and better design, all while improving the neighborhood where a project is located in a way that its community desires?

About the speakers:
Christopher Cirillo became the Executive Director/President of Ascendant Neighborhood Development Corporation in July 2012.  Based in East Harlem, Ascendant has preserved and developed over 800 affordable rental apartments in Northern Manhattan.  Since arriving at Ascendant, Chris has expanded the organization’s work to include neighborhood planning, historic preservation, and asset management. Before joining Ascendant, he spent 6½ years as Vice President for Development at The Richman Group Development Corporation. Chris also held several positions at the New York City Department of Housing Preservation & Development (HPD) over a ten-year period, including Director of Large Scale Development and Assistant Commissioner for Neighborhood Planning. Chris is a graduate of Brown University, where he received a Bachelor of Arts in Urban Studies. He completed his Master of Science in Historic Preservation at Pratt Institute. He now serves as Visiting Assistant Professor in the Historic Preservation and Real Estate Practice programs at Pratt.

Michael Sandler is the Director of Neighborhood Planning at the Department of Housing Preservation and Development (HPD). Established in 1978, HPD is the largest municipal housing agency in the nation. The Neighborhood Planning Team leads the agency’s commitment to strategic preservation and development through engagement with tenants, landlords, community leaders, and neighborhood stakeholders on issues involving the creation of vibrant neighborhoods anchored by affordable housing. Michael led the creation of the Brownsville Plan and coordinates HPD’s involvement in comprehensive neighborhood planning initiatives around the city. Michael also leads public and stakeholder engagement for Where We Live NYC, the City’s comprehensive Fair Housing planning process. Michael received a Masters of Urban Planning from NYU with a focus on housing and economic development.

Nisha Baliga has over 15 years of experience working with public agencies, community organizations, cities, and private institutions to create and implement innovative solutions to urban planning issues. Since joining Hester Street in 2015, Nisha has led multiple large scale projects at the intersection of equity and climate adaptation, resiliency, arts and culture, health access, open space and urban planning such as CreateNYC: A Cultural Plan for all New Yorkers, Cities RISE and Take Care New York 2024. Before Hester Street, Nisha spent a decade working in the Urban Design and Planning Studio at Beyer Blinder Belle which included a 2 year stint in Arusha, Tanzania. She is a member of the American Planning Association, the American Institute of Certified Planners, Next City’s Newark Vanguard cohort and was a 2019 Leadership Education for Asian Pacifics (LEAP) Impact participant. Nisha spent her childhood in India, holds a master’s degrees in Urban Planning from Columbia University, and is currently figuring out how to home school two kids under 12.

Bryony Roberts is an architectural designer and scholar. Her practice Bryony Roberts Studio, based in New York, integrates methods from architecture, art, and preservation to address complex social conditions and urban change. The practice has been awarded the Architectural League Prize and New Practices New York from AIA New York as well as support from the National Endowment for the Arts, the Graham Foundation, the MacDowell Colony, and the American Academy in Rome, where Roberts was awarded the Rome Prize for 2015-16. In tandem with her design practice, Roberts instigates research and publication projects about designing in response to social and cultural histories. She guest-edited the recent volume Log 48: Expanding Modes of Practice, edited the book Tabula Plena: Forms of Urban Preservation published by Lars Müller Publishers, and co-guest-edited Log 31: New Ancients. She has also published her research in the Harvard Design Magazine, Praxis, Future Anterior, and Architectural Record. Roberts earned her B.A. at Yale University and her M.Arch at the Princeton School of Architecture. She teaches architecture and preservation at the Columbia University Graduate School of Architecture, Planning and Preservation in New York.