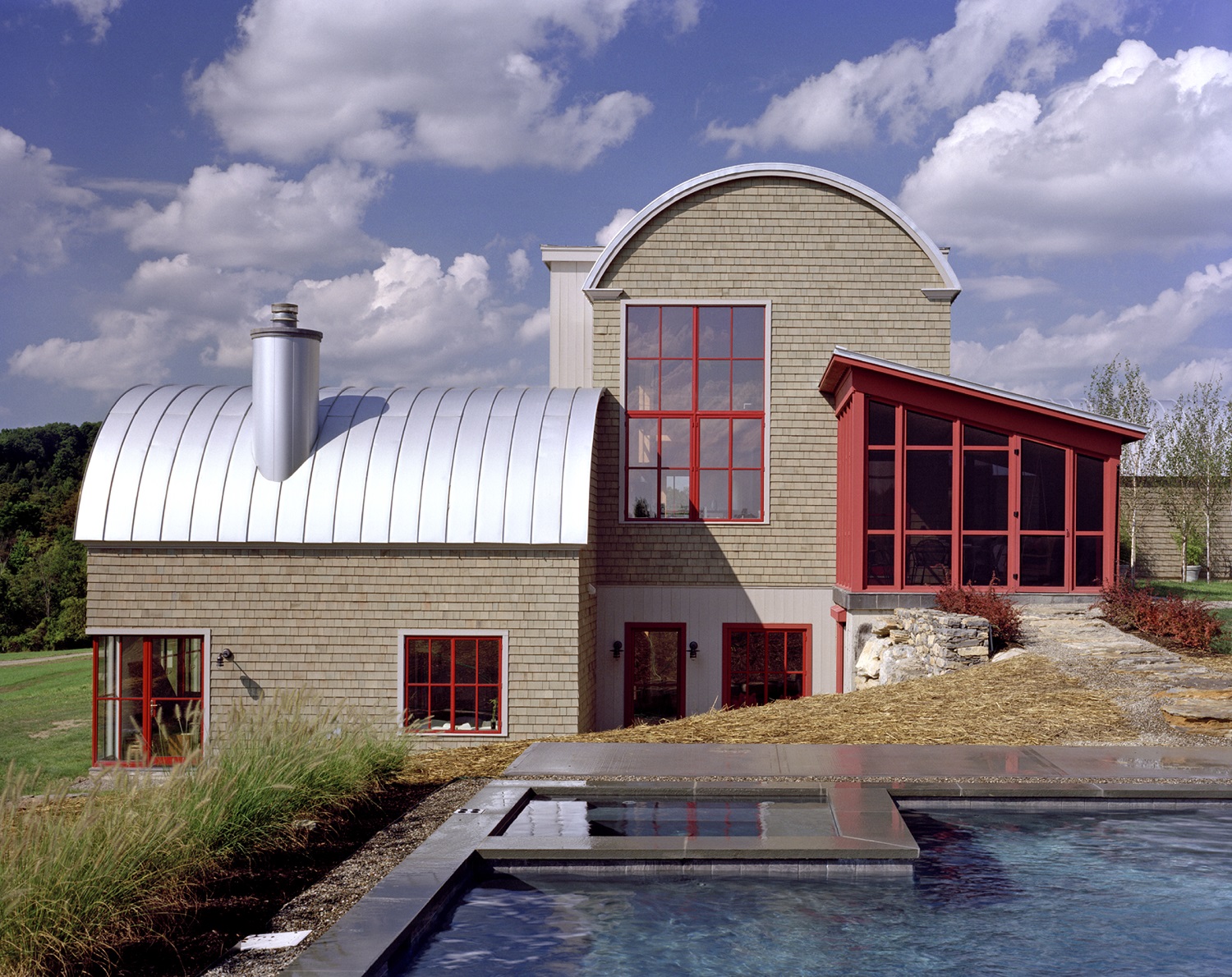 Built in 2001 and selected for and featured in 2003 Smithsonian’s Cooper-Hewitt National Design Triennial, the featured home is an early example of environmentally-focused and green construction techniques and includes locally sourced, prefabricated building components, finishes made from renewable materials, and energy-efficient systems. Peter Aaron photographed the home for Wedlick’s second book on residential design: Designing the Good Home, published by Harper Collins in 2003.

Drinks and light refreshments will be provided while guests have the chance to explore the home with Wedlick, FAIA, and architectural photographer, Peter Aaron, who will discuss the relationship of the narrative, design, and the documentation of residential architecture. This project offers a unique platform for discussion, since the house was originally designed for clients of Wedlick’s, who later sold the home to him in 2015. Wedlick and Aaron will recall the original narrative for the design, as they interpreted it. The audience will also hear and see how Wedlick updated, renovated, and remodeled the home to suit his own narrative, and to improve its energy performance. The house tour will include the entire two-story home and highlight its distinct features.

Dennis Wedlick’s career began with working side-by-side with Philip Johnson from 1982 through 1994. His first assignment was to create an archive of Johnson’s residential drawings, which was split between the Museum of Modern Art, Avery Library at Columbia University, and The Glass House. From there, Wedlick divided his time and work with Johnson on renovations and additions to the Glass House and commissioned projects, such as One Detroit Center and Celebration Town Hall. Since then, Wedlick built a practice that is best known for his experimentation in forms, materials, and high-performance technologies through the design of custom residential homes. His most recent work focuses on design strategies to bring high-performance homeownership opportunities to the rural workforce, which is known as the Rural Build.

Peter Aaron has been shooting architecture and interiors for thirty-five years. After working for designers Ward Bennett and Joseph d’Urso as they developed their High Tech style, Aaron began a transformational apprenticeship with the great architectural photographer Ezra Stoller. After two years he began working on his own, adopting Ezra’s strong compositional approach while developing an individual style through the use of dramatic camera angles, theatrical lighting, and cinematic techniques. Since that time Aaron has photographed structures by many of the most influential and groundbreaking architects of the last thirty years, including Robert A.M. Stern, Rem Koolhaas, Charles Gwathmey, Michael Graves, Peter Eisenman, Robert Venturi, Skidmore, Owings and Merrill, and Raphael Vinoly. Aaron has been a contributing photographer for Architectural Digest and his images frequently appear in other magazines and books.

Photo: Peter Aaron
7/5/19, 10am - 1pm
Location
Summer House in Dutchess County
Submit Your Event
Send us your architecture and design events for our "Elsewhere" calendar listings